COVID-19 may have changed our homecoming plans, but it hasn’t changed the Walla Walla University spirit of community. While we can't be together in person for alumni weekend this year, we invite you to join us online for Virtual Alumni Weekend 2020. All you need is an internet connection and some time to sit back, relax, and enjoy WWU virtually. We’ll gather online for a special alumni church service in the University Church and we’ve collected some online options (with links below) to remind you of WWU from the comfort of your home!

Live online events
Join at the times listed next to each event. 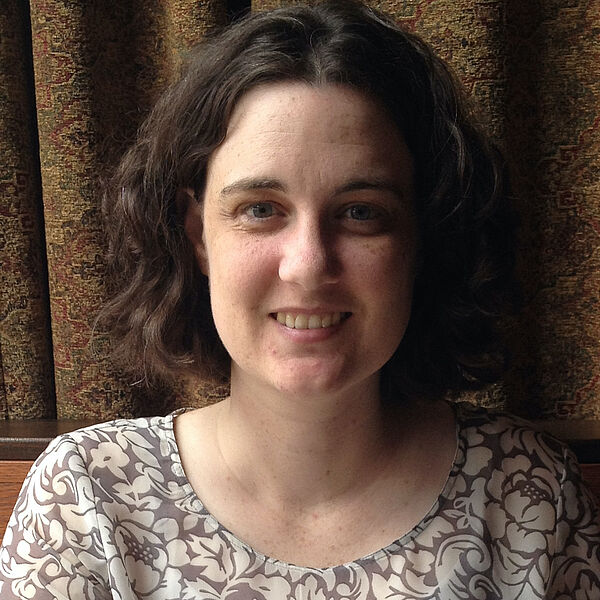 ‘Samson Agonistes’ and the Sabbath 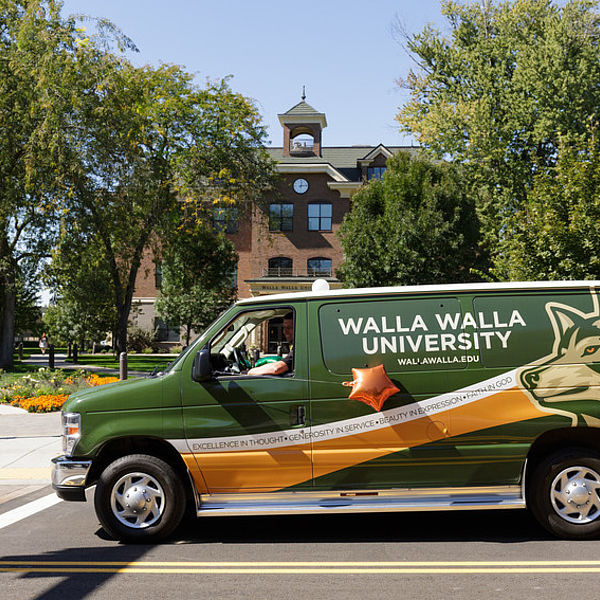 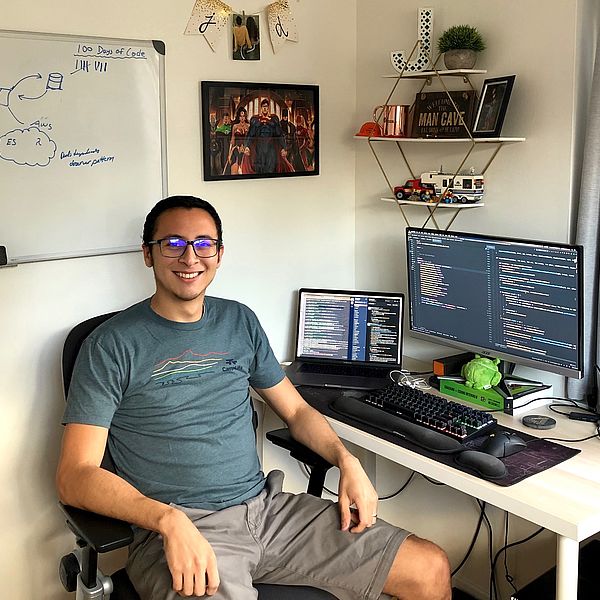 Four tips from a WWU alumnus for remaining happy, sane, and productive while working from home 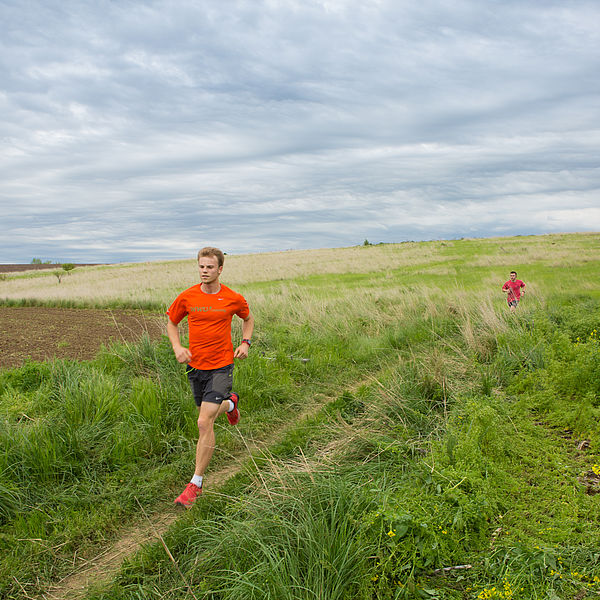 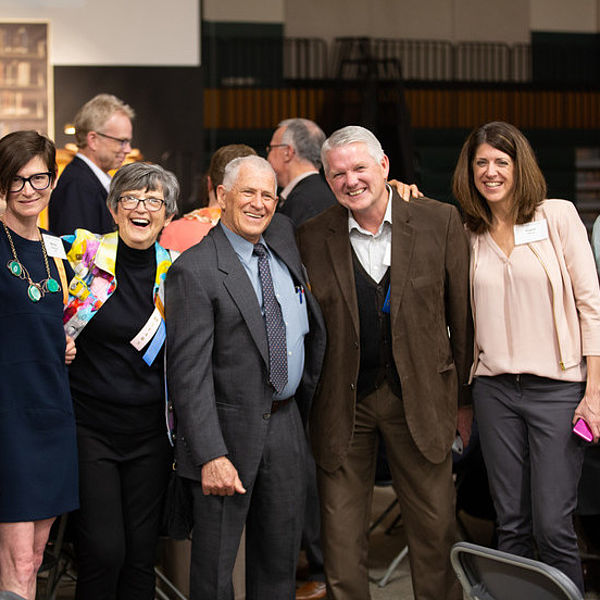 President-Elect Eric Denney '06, Treasurer Jimmy Johnson '97, Brigitte Davis '83, and Jilma Jimenez '88 join the Alumni Association Board. For information about other officers and board members, visit wallawalla.edu/alumni-board.

When Sam Carvajal arrived on the WWU campus in 1956, he couldn’t speak English, had very little money and no friends, was miles away from his family, and was experiencing a completely different culture. Carvajal was born in Bucaramanga, Colombia, where his father worked as a carpenter. His mother, though having only six years of formal education, was passionate about her children receiving an education. Carvajal and his two siblings all traveled to the United States to receive college degrees. He and his sister, Solita (Carvajal) Henderson ’71, both completed master’s degrees, and Solita later taught at WWU for many years. After Carvajal graduated from WWU, he went on to receive a license in medical technology in California from Glendale School of Medical Technology. Carvajal met his wife, Grace (Pupo), in 1958, and the two were married in 1960. His first job was at Glendale Adventist Medical Center working as a medical technologist, and within three years he was the chief technologist of the clinical laboratory. He later became director of radiology, cardiology, heart cath, and the clinical laboratory. When his first child was born, Carvajal decided that to be sure he would be able to provide financial stability and a good education for his daughter he would invest in real estate, which he is still involved in today. He and Grace now have four grandchildren, with the two eldest having graduated from WWU as well. After 42 years at Glendale Adventist Medical Center, Carvajal retired, but he remains an active member of the board. “Without any question, Walla Walla University made the difference in my life, and that is why I am so thankful and continue to be part of the future of Walla Walla University,” he said.

Walla Walla University is a special place for Doug Clark as he met and married his wife, Carmen (Mosser) att. 1965–67, when they were both WWU students. He completed a master of divinity degree in 1974 at Andrews University and a doctorate in biblical studies, Hebrew Bible, at Vanderbilt University in 1984. Clark taught in the WWU School of Theology from 1987 to 2004, serving as dean from 1990 to 1998. He was executive director of the American Schools of Oriental Research in Boston before moving to La Sierra University where taught in the HMS Richards Divinity School and later became associate dean. Throughout his career he has also served as a pastor and taught at Southwestern Adventist University. He is now partially retired and lives overlooking Discovery Bay near Port Townsend, Washington. In retirement he serves as director of the Center for Near Eastern Archaeology at La Sierra University, which he established in 2012 with the help of a dedicated support team. He also directs the Madaba Plains Project excavations at Tall al-`Umayri, Jordan, where he has worked since the project’s inception in 1984. His interest in archaeology emerged in large part from a course he took on biblical backgrounds at WWU from Malcolm Maxwell. Fifty years after graduating from WWU, Clark still believes that attending WWU was the best investment he could have made, largely due to the support he received from faculty and staff. “Coming away from WWC with a top-notch education, the drive to excel, and friends forever made possible whatever I have done or become,” he said.

Bill Fritz describes himself as “an enthusiastic biology major” during his time at Walla Walla University. He graduated in 1975 with a bachelor of science degree in biology and in 1977 with a master of science degree in biology. He obtained a doctorate in geology from the University of Montana in 1980 and worked for the next year as an exploration geologist for Amoco. While he enjoyed this profession, he knew his passion was higher education and he accepted a position as an assistant professor of geology at Georgia State University, where he eventually became provost. In 2008 Fritz became provost of the College of Staten Island, The City University of New York (CUNY CSI), and in 2012 was named president of CUNY CSI. As a commercial instrument rated pilot with over 2,100 hours in single- and multi-engine planes as well as sea planes, Fritz has traveled all over North America and often uses examples of flight planning, risk management, and safety in his leadership role at CUNY CSI. He advises college students to have a flight plan, but to not be afraid to alter the plan, as flight plans often change with gusts of wind, thunderstorms, or due to weary passengers. Fritz also enjoys cooking, and on every move-in day at CUNY CSI, he and his team make over 1,000 waffles using his great-grandmother’s recipe and his collection of antique cast iron waffle irons. While students and their families are in line waiting for their waffles, he makes sure to connect with them, asking them about their dreams and why they chose to include CUNY CSI in making those dreams a reality. “My passion is to serve and educate students from tough backgrounds, from marginal underrepresented groups, and to connect with the needs of the local community,” he said.

Becky Billock says that her music education at WWU was transformational. Billock graduated from WWU with a bachelor of arts degree in music performance in 1994. She is currently an adjunct professor of piano at Grove City College. She also has a private studio in her home and recently began giving lessons to Google employees from the Pittsburg Google location. Between 2012 and 2017, Billock was pianist for Pittsburg-based Trio Nova Mundi and toured with the group to locations including Africa, Mexico, and South America. The trio released a CD titled “Canticum” in November 2015. Billock also has played in a piano duo, Duo Junction, with Jack Kurutz. Her 2011 CD “Muses Nine: Eight American Composers Plus One Pianist” has received extensive airplay throughout the U.S. and Canada. Her most recent project, “Mother Earth,” included pieces primarily written by women that celebrated the resources of the planet. Billock has found her niche promoting the works of contemporary women. While deciding on her dissertation focus at the University of Washington, Billock drew on her memories of the ensemble Donne e Doni from her days at WWU, a group comprised of WWU faculty Debra Richter and Sonja Gourley and Whitman College professor Susan Pickett, who performed music by female composers. “My dissertation topic ended up focusing specifically on pedagogical works by women who also had a prolific output of concert-level repertoire,” said Billock. “I wanted to create the same sense of continuity for students with music by women that is already in place with the composers of the established repertoire.”

A Walk Up College Avenue

Remember to mark your calendar for our in-person, combined 2020 & 2021 Homecoming Weekend.
Watch for details in future issues of Westwind and at wallawalla.edu/homecoming. We look forward to seeing you face-to-face April 22–25, 2021!